Today I’m on our blog, celebrating the relaunch of my paranormal fantasy series, The Vampire from Hell with the anniversary edition.

Join us at https://www.facebook.com/events/1412385912308392/ for the Release Party of the Vampire from Hell Revamped (1st Anniversary Edition), hosted by Chelsea Author Promotions. The party starts online at 6 pm (Eastern time) and lasts until 10 pm. At that time, Chelsea will share information about the Grand Prize you can enter to win. I’ll be adding a signed paperback copy of “The Vampire from Hell Revamped (1st Anniversary Edition)” and several of my author friends will be donating swag/paperbacks from their collection of books. They are Alexandra Anthony, Catherine Wolffe, Sharon Hamilton, Trina M. Lee, and Kristen Middleton. (Click their name to view their Amazon Author page.) Special thanks to them all!

It has been over a year since Part 3 – A Vampire on Vacation was published in July 2012.  Since then I have not released anything related to this series.  That’s a startling, and sobering fact, for me – even for my readers maybe– because for many months last year, I did not know if I’d return to writing this series.  I didn’t know if I’d keep writing at all.

With that being said, I have returned to the keyboard and will be releasing “The Vampire from Hell Returns (Part 4)” next month on Oct. 20th. (Join the Facebook Release Party.)  I’m very excited to continue Rayea’s story, at least for three more installments, and I’m delighted to say that, for bad or worse, I’m past the first obstacle I encountered during my first year of writing.  And I’m not looking back.  It may not always be smooth sailing from now on, but that’s okay because I’ll keep sailing.  I’m hoping many of you will join me for the ride.

Currently the Anniversary Edition is going live. You can view it at Smashwords, Barnes & Noble, and Amazon as an ebook and in paperback (coming soon).

At Smashwords, I’m offering the Anniversary edition at .99 through 9/23. Go tohttps://www.smashwords.com/books/view/353435 and enter the code NK93D when you check out.

What’s in the Anniversary Edition?

It contains the first 3 installments plus character sketches, story insights, hints about upcoming parts, behind the scenes information, excerpts from new works including the upcoming 4th installment, The Vampire from Hell Returns.

This excerpt features Michael, the arch angel Rayea (vampire heroine) falls for. I based Michael’s character on Alexander Skarsgard of course. Enjoy! ~ally

A drop of blood from my busted lip landed on Michael’s white T-shirt.  I groaned with pleasure.

“When was the last time you fed this vampire?” Michael asked.

Hearing the word ‘vampire,’ my attention snapped back to Michael’s face, and I snarled at him.  I wanted to devour this angel in my sights.

“You’ve got some long fangs there, Vampire.  What are those?  An inch and a half, maybe two?”  Michael managed a small, tentative smile despite the threat I posed.

I watched his every move, ready to strike, but feeling a force hold me back.  “Blood,” I replied.  I could hear it pumping in his veins, through his temples, and down the side of his neck.  His pulse reminded me of the waves slamming against the rocks.  An image of my rocking in his lap to that rhythmic dance surfaced in my mind, riding him, grinding against him over and over until…  To have him inside me, I thought.

The voice inside my head said, “Grab your popcorn!  This is gonna be good!”

“Rayea, please calm down,” Blick interjected as he carefully approached us.  “We can’t make a scene.”

“I think it’s a little late for that,” Michael said.

“I told you she needs blood.”

I nodded, staring at Michael.  Yes, she does, I thought.  That and a lot more.

The voice inside my head asked, “She needs blood!  Why did we not think of that before?”

“You’re right.  God, I’m an idiot!  I’m the worst guardian angel ever!” Blick exclaimed, throwing up his hands.  “But she can’t have mine or yours for that matter.  J won’t approve it.”  He collapsed in a chair, behind Michael, shaking his head.  “Rayea, I’ve failed you.”

Michael looked over at him.  “Get a grip, man.  We move to Plan B.  Grab those items and I’ll take her to the living room.”

“Tasssty,” I hissed and smacked my lips when I witnessed Michael’s adam’s apple showing as he leaned his head back to speak to Blick.

Cautiously returning his attention to me, Michael said, “Look into my eyes.” The warmth of his smile echoed in his voice.  I stared at him, mesmerized by the ocean-blue color of his eyes.  Instantly, I felt relaxed, sane, and willing to submit to his will.

Great, the vampire is going googoo for the angel.

Shut up, I snapped at the voice inside my head.  He’s adorable. I sighed and returned his smile.

“If this doesn’t work, you can ask Gabriel to help out,” Michael said to Blick.

Michael shrugged.  Sweeping me off the table, he gathered me in his arms and announced, “Let’s do this.”

Without any resistance, I floated into the living room as the angel carried me.  Isn’t he dreamy? I thought.

The voice inside my head responded, “You better latch your mouth around something on that angel or I will!”

Michael positioned me on the large, comfy leather couch.  He was talking to me, but I didn’t pay any attention.  I was fascinated with the movement of his arms, the way his neck curved from side to side as he and Blick conversed.  I looked at Blick, and then Michael many times as I admired how both angels were attractive in their own right.  Were all angels beautiful? I wondered.  The roar of the ocean called me and I let the feeling pull me under into a heavenly bliss.

When I’m not running the AS Fan Blog or skarsgarding, I spend time writing fiction. I actually created a vampire angel character based on Alexander Skarsagrd. His name is Michael and he’s in Part 2 of my series, the Vampire from Hell (which is available as a free download).

I’m an avid reader of fantasy and paranormal romance novels. I like writing about vampires, werewolves, zombies, witches, and any fuzzy monsters who go bump in the night. In my stories, I try to imagine new origins for these traditional creatures and see where it takes me.  Currently I’m writing the Vampire from Hell series. Learn more at “My Books” at www.allythomas.com or www.thevampirefromhell.com

Free ebook
Download a free copy of my first story, “The Vampire from Hell: The Beginning (Part 1)”

According to Rayea, the oldest daughter of Satan, the origin of vampires started in Hell, and it started with her. Here’s her story about how it all began. Rayea isn’t daddy’s little girl, even if he is the most powerful fallen angel around. He wants her to take an active role in the family business. But she’s not interested in his schemes for world domination. Instead she wants to spend her time shopping on the Internet, rescuing humans from a horrific eternity, and practicing martial arts with her seven foot hellhound. Then one day everything changes. 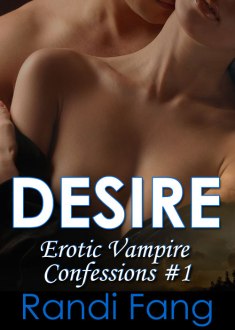 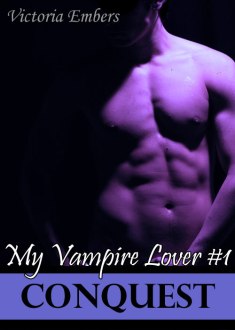 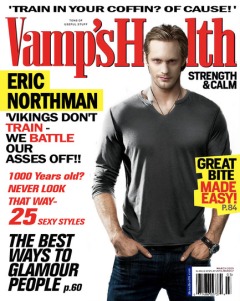 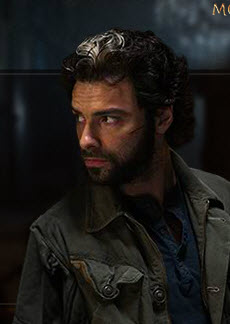 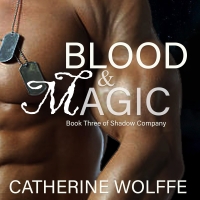